I remember the Common Sense Revolution. My mother droned on and one about how she was voting Conservative because she was tired of her hard-earned tax dollars supporting lazy ass Welfare Moms. She had raised two girls as a single parent without taking a handout and resented those that did. I got it; I did, but I argued that cutting off the few misusers of the program wouldn’t put dollars back in her pocket. Governments never give tax dollars back. They just find other uses for those bucks.

Six months later she was let go from her teaching position at a community college. She was outraged. Her common-sense government deemed her over-subscribed program, too esoteric for their trade school focus on election promises. Yikes. 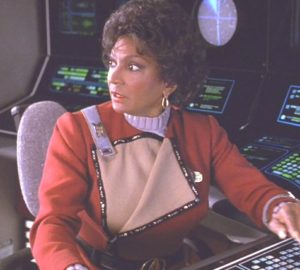 One of the traps I see more than most is this insane need to vote against something, most often some emotionally driven issue instead of voting for what you want your government to deliver. I can’t help but worry when we, yes, it’s our government now, regardless of how we voted, elect a party with no platform without knowing how they will fulfill their vague promises. Yikes, indeed.

As Commander Uhura said, “Be careful what you wish for.”
’Nuf Said.