So, What Exactly is LesFic

LesFic or Lesbian Fiction includes a wide variety of Literary genres but is usually considered Romance. One thing you can count on, no matter the genre, both primary and secondary characters are lesbians. When it comes to the Romance category and most often in contemporary LesFic, you can expect a happy ending.

Unemployed university professor Tyler Marsh is pounding the pavement looking for a job. Disillusioned with academia, she’s aiming for an analyst’s spot in the private sector but after a year of rejections based on her over-qualification, she’s dumbed down her resume in a desperate attempt to get her foot in the door somewhere—anywhere! When Buffalo’s leading marine engineering firm offers her a low-level placement as a personal assistant, she’s sure it can’t get any worse, until she meets the woman she will be working for. 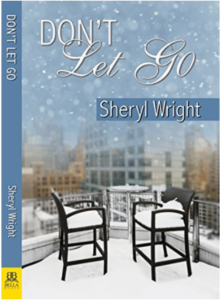 Chief Innovation Officer and wounded veteran Georgie DiNamico doesn’t want an assistant or anyone else bothering her. She has her work, her dog, and her nightmares to keep her company. Heir-apparent to her family’s engineering firm, a head injury suffered in Afghanistan has left her feeling too broken for anything else.

Georgie has no use for the helper that her family insists she hires. But when Tyler’s resume lands on her desk, along with a company background check listing the advanced degrees she omitted, Georgie sees an opportunity to add a researcher to her R&D team.

Tyler quickly realizes Georgie is not the damaged goods everyone sees. Thoughtful, forthcoming, and generous is Tyler’s first impression of her would-be boss and it alleviates much of her trepidation. The outrageous salary and benefits help too, but working with the woman the family sees as shattered looks like the least of her challenges. She recognizes something special in Georgie DiNamico, garnering trust, loyalty, and something more…something Tyler hasn’t thought about for a very, very long time.

Four women are about to embark on an emotional voyage that will be the ultimate test of love and loyalty. Will it end in smooth sailing—or leave four hearts hopelessly adrift? 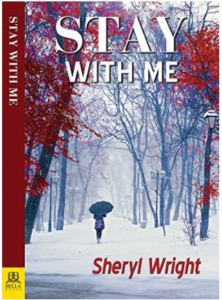 Despite dealing with family dynamics that can be one tent short of a circus, the future looks bright for Tyler Marsh and Georgie DiNamico. Deeply in love, the two are also deeply committed to the success of the DiNamico-Phipps Company of DynaTech, a leading marine engineering firm headquartered in Buffalo, NY.

Georgie’s steady recovery from the head injury she suffered in Afghanistan—and the company’s survival of a hostile takeover attempt—means the couple can finally concentrate on planning their wedding. Or so they thought until an unseen event propels their relationship into turbulent waters.

Lori Phipps, the president of the company’s DynaCraft Yachts division is a master boat builder—and a master player when it comes to loving women. Until she crosses paths with someone, unlike anyone she’s ever met before. Unfortunately, Lori’s past is about to catch up with her in the very slinky form of a not-so-casual hook-up.

Stay With Me is the stunning follow-up to Sheryl Wright’s popular romance, Don’t Let Go.

Whether you like your romance just a little bit sweet, a little bit spicy or just plain hot, there’s something for everyone between the covers of Happily Ever After. Bella Books is proud to bring you 23 stories written by some of your favorite Bella authors. Stories that will make you smile, make you dream, or just plain celebrate girls meeting girls—and getting to keep them. 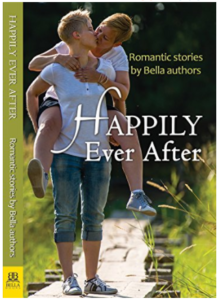 After all, who doesn’t love a happy ending? 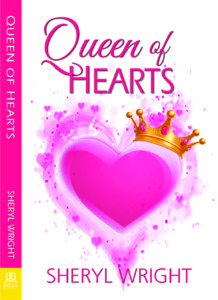 When the producers of the new TV reality show, Queen of Hearts, receive a last minute cancellation by one of the show’s contestants, they know their show is in jeopardy of never airing at all. Desperate for a solution, they set out to convince helicopter pilot Ally Parker to join her cousin Pam on the program. Ally reluctantly agrees, but only after being assured that she’ll be eliminated in the first round.

Erin Bogner isn’t looking for love either. Convinced by her employer to be a secret plant on the show, Erin’s job is to weed out the contestants only looking for money and help Pam find true love. Erin has no interest in anything beyond making her employer happy.

But things seem to change for everyone once the game begins. Ally finds herself meeting a contestant that stirs something deep inside. And Erin discovers it may be difficult to fulfill her mission of helping her employer at any cost.

What happens when the game they’re all playing becomes real? The world is tuning in to find out… 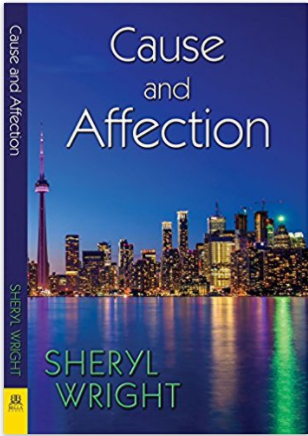 What happens when a chance encounter turns out to be anything but?

Kara Wexler has only a few days to decide whether to accept the nomination of Chief Executive Officer and remain under her father’s hand. Should she say enough is enough and resign from the family company completely? Her siblings desperately want her to take the top job and use her innovative ideas to turn the company around. But Kara is tired of fighting with her father at every turn.

Kara’s siblings aren’t willing to let the decision go to chance. Worried that Kara no longer has the fight necessary to lead the company, they concoct a scheme to get Kara back on track. Surely deceiving Kara for the short-term is worth the long-term gain.

Madeleine Jessepp’s career has hit an all-time low. Her dream of becoming an actress isn’t going to happen and she doesn’t even have the money to return home to Minnesota. At first, she scoffs at the offer to play the “Love at First Sight Role,” and spend a week as a fantasy date. But after some convincing, she agrees to do it. After all, she is an actress.

Thrown together by Kara’s well-intentioned siblings, Madeleine and Kara both get more than they bargained for. What will happen when Kara discovers she’s been deceived by everyone―especially by Madeleine?