If you guessed Military Fiction you’re right. This genre is sometimes called Military or War Thrillers, and in the case of the modern war story of spies and soldiers working to keep our nation’s safe, they can be categorized as Techno-Thrillers, a genre that began with Tom Clancy’s blockbuster, The Hunt for Red October.  If this is your first foray into techno-thrillers, I suggest starting with Clancy’s book. It’s a perennial favorite and reminds us that no matter the strength of our military and the technology at their fingers, it still take one person to figure out the actions of our enemies.

In my military thrillers, you will find two differences. First, the mind doing the figuring usually belongs to a woman. For years women have played essential rolls especially in spycraft, intelligence, and cryptology yet they remain almost completely absent in the genre. I salute the authors who take a risk at alienating male readers by including women in these essential and often dangerous rolls. The second thing you will find is my leading lady is a lesbian. Why? It’s what I know, so it’s what I write. Suck it up, Butter Cup. In my books, the men are strong and confident in their sexuality and the women blow shit up! Strap in for a wild ride, ’cause you ain’t met anyone like these sometimes contrary and always fearless warriors.

Cleo Deseronto doesn’t know how to trust. She considers herself a washed-up military pilot, and can’t imagine why a Joint Taskforce would be interested in her. Even when the head of the MI6’s Special Operations Executive lays on the charm, she assumes it’s more for her cousin and soon to be team member, Bo Commanda. Together, they join forces 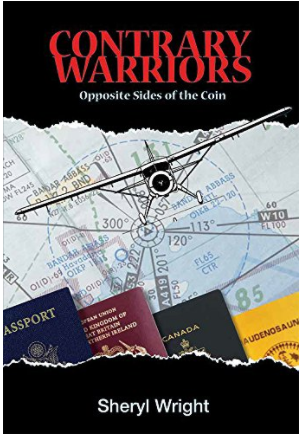 to lead a team of Mohawk cultural ambassadors, in a staged around-the-world flight tour, with the lone goal of uncovering evidence of Iran’s secret nuclear weapons program. Like any good leader, she’s determined to get her team in and out of Iran, even if it means not making it home herself.

This modern spin on the early OSS and Commonwealth SOE sets three women warriors on a fateful collision course with an old-time CIA handler, the changing dynamics of today’s cultural norms, and the politics of being women in the good old game called Intelligence! The distinct guiding principles that separate the USA, United Kingdom, and Canada, are thoughtfully inter-woven, introducing the First Nations, the question of loyalty, and issues such as Gays in the military. Warning: This fast-paced romp through the secret world of western spycraft, comes with high-flying adventures, mysterious players and secret locations, and two very different women warriors; a Mohawk RCAF officer and her cousin, a US Marine.

Fast Paced and Heart-Stopping! Impossible to put down! Penn Book Review, May 2015

“More than just an exciting and entirely plausible suspense-thriller, Contrary Warriors is unique and deserves a space on any thriller enthusiast’s bookshelf. An excellent addition to the political and military thrillers fictions [the book] is a must read. The story revolves [around] a special taskforce dispatched by both the CIA and MI6 to investigate Iran’s Nuclear intentions. The author is brilliant in capturing the readers’ attention…with colorful descriptions…interlaced with witty dialogue, character exploration. Wright has wielded a magic in creating a Visual reading experience…fast-paced and heart-stopping…this novel is one that is impossible to put down. Highly ambitious with a brilliant plot and accurate facts [this is] indeed a recommended novel for political and military thriller fans.”  Wright has wielded her magic in creating a visual reading experience.   Penn Book Review, State College, Pa. April 2015

“Contrary Warriors is a fun novel with plenty of action, interesting characters…the use of Native Americans characters isn’t forced or felt like it was added for flavor, but an integral part of the story…The dialogue rings true, and the descriptions of the places they go to come to life…Overall a good story to recommend to fans of action thrillers, current events and military fiction. The focus on three women as main characters steps out of the usual male-dominated thrillers, and provides a different perspective.”   San Francisco Book Review, April 2015 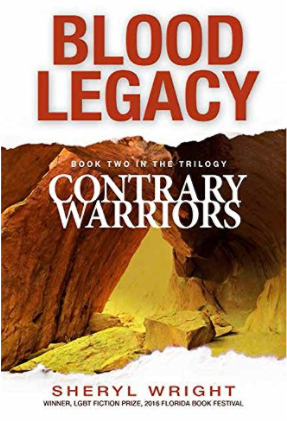 BLOOD LEGACY is the second volume of the author’s acclaimed CONTRARY WARRIORS series.

It’s been one year since SOE agent Cleo Deseronto escaped torture at a CIA black site, but life isn’t getting any easier. On a simple mission to notify a senator of his daughter’s death, Cleo and her stalwart cousin Bo are drawn into the web of spymaster Hank Darien. It’s a conspiracy that threatens to alter the future of the civilized world, and trying to stop it might just make Cleo and Bo the most wanted women in America.

The second volume in the Contrary Warriors series, Blood Legacy combines the breathless pace of an espionage thriller with a rock-and-roll, alt-culture sensibility. A proud Mohawk woman, Cleo’s abilities as a pilot, engineer and strategist would make her the equal of any challenge if it weren’t for the one thing she doesn’t understand: people. Luckily, Bo’s got her back, whether that means acting as a confidante, bodyguard or sharpshooter. No matter what your age, gender or background, you’ll find something of who you are, and who you want to be, in these iconic characters.

With an international cast of secret agents, soldiers and some of the most badass women ever committed to the page, Blood Legacy is the perfect read if you’re looking for a little more bite in your fiction.

What drives a Patriot into the shadows?

Welcome to 2006 and the heart-stopping third installment of the award-winning Contrary Warriors trilogy.

A Cold War era spymaster has built his own black ops organization, intent on putting America back on track. His track! The man he wants in the White House has started his campaign and for once MI6 is helping out, disbanding the Special Operations Executive, the team charged with leading the investigation into his global covert organization. Too bad his misguided plan includes encouraging the complete Russian invasion into the Arctic! 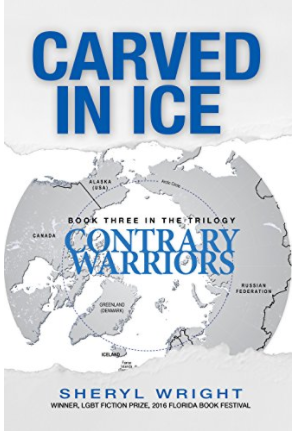 The Prime Minister of Britain knows the American Spymaster is behind the recent shakeup at MI6. With the untapped Arctic oil fields at risk and the global environment, he calls on the most unlikely team, the SOE’s Mohawk Warriors, all except one, still in FBI custody. When she’s kidnapped, the bold murder of the Agent holding her in custody sends shockwaves all the way up the political food chain.

With the American intelligence community divided, a new and ultra-secret task force is formed and housed in the most unlikely place, HMS Illustrious! As the body count starts to climb, the task force faces an unraveling conspiracy. Before the team can stop the man and his loyal followers from setting off a natural disaster that will rock the planet, Lusty, the Royal Navy’s last Aircraft Carrier must traverse the demanding North West Passage and stop the rogue force.

Only a small team of international warriors stands between the man and his Russian backers, that and the cold hard arctic night. Before he sets off a World War for the last great oil field on earth, they must race from all corners of the globe to unravel his network and defeat his dangerous plan.