So, last night I did something really woo-woo (Yup, even for me!) I decided this writing thing is a great gig and I love it, but the payroll isn’t quite there. So… As I was falling asleep, I asked the universe;

“What could I do to earn the income that would give me the freedom to travel the world and really enjoy myself?”

Okay. I’ll admit that was probably too vague and I was asking for trouble. And trouble came in a 3D-technicolor-adventure. Yep, I asked, and the universe answered. The solution to all my problems was to become a contract killer! Don’t worry. Evidently, I’m a killer with a conscience. I’m only supposed to kill bad people; really really bad people. Well mostly. 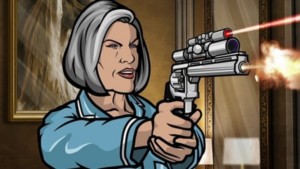 Now there’s no worry that I’m going to follow this advice, even if I did have a cool car. According to my dream, taking up this new vocation would allow me to trade in my hangar queen Audi TT for an awesome Maserati. Still, I can’t say I’m groovy with the whole thing. Did I mention the part of the dream where I was running around without my pants? Yup. Evidently, I’m a killer for hire who runs around in a T-Shirt with a bare-butt. Maybe that’s how I kill people?

Still, it’s just not in my DNA. I mean I could write, excuse the pun, a killer thriller, with a bare-assed assassin, but the actual job is not for me. Although I could definitely get used to the car. Running around without my pantaloons on…not so much.

Maybe that’s what the universe was telling me. Write the book, not go out and kill people. Even if they are really really bad (which I just made up to make myself feel better about the whole killing thing). The bare-butt though, that was actually in the dream. 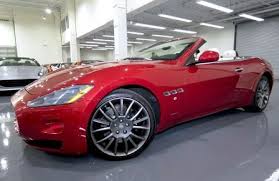 My solution: Write the story and keep my pants on. Oh, and next time I ask the universe for something I’ll remember to be a bit more specific. It seems asking general questions can net some weird and quirky answers. Or is that just the way my brain works? I’ll leave it for you to decide. Until next time, remember to enjoy yourself, and if your asking the universe things could you put in a good word for that Maserati for me? 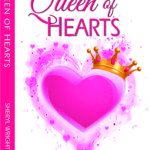 My latest Romance was just released. I’m giving away one signed copy to someone on my list. If you would like a copy of Queen of Hearts, click on this link and complete the ballot.

This site uses Akismet to reduce spam. Learn how your comment data is processed.